Remember back when Russia hacking the election was such a scandal but now it's just a normal everyday occurence? "OMG such a troll," is a random comment seen daily in many a social media feed but the reality is that these trolls are still very much in business when it comes to hacking U.S. politics and not much is being done about it.

In the mood for some fancy high tea (or afternoon tea, depending on what you call it) in the Seattle area? You might want to try out The Georgian for your tea and biscuits. This fine dining establishment is incredibly elegant, featuring some of the most contemporary Pacific Northwestern food in a high class setting. While they are only available for breakfast, lunch and afternoon tea, they do offer a weekend champagne bar as well.

Now that springtime is here, you may have the urge to cover every surface with springy crafts, bright spring colors (or pastels... you do you) and little chicks and rabbits. Yay! Kites always remind me of springtime, and with the release of Mary Poppins on DVD it's the perfect time to make and fly kites... and hang up kite crafts.

World Frog Day was just a few days ago and the Guiness Book of World Records celebrated by sharing a bunch of fun froggy facts about record-breaking frogs! Did you know that there was a frog that probably ate dinosaurs? Known as the Devil's Toad, it was almost a foot and a half in length. Today's Goliath Frog is really almost as big!

When it comes to Family Guy (and any of our favorite shows, really; I could definitely do this for Parks and Recreation or Supernatural), many of us could easily think of our favorite episode. We could also probably come up with our least favorite one on the spot while we're at it! But how many of us have ever really put a list together rating our top five or ten favorites against our top five or ten most hated episodes?

Okay, you nostalgic for the 80s fans, what did you think of the new trailer for Stranger Things season 3? I could not love this trailer more if I tried. Is anyone else beyond excited about this season? Normally July isn't one of my favorite months but now it can't get here soon enough and everyone in my house is ready to binge this season.

Soil prep is probably the most important thing to plan when it comes to your garden. We all love to peruse those Baker Seed catalogs and visualize the most unique heirloom veggies in our plot, but really none of it's possible without the be best soil. I've talked before about how I try to incorporate my own compost and hen manure, but I ran across this post and was so inspired by all of the great ideas at Wellness Mama.

Seriously. The tagline for the game Dirty Neighbors is This Game is Not For You. We're betting it's some reverse psychology marketing and not the kind of "not for you" that Mr. Koreander meant when he warned Bastian to leave his book alone... or is it? "Your games... are safe."

Plenty of movies have explored just why time travel isn't possible, but at the rate of technological development in our time, who really knows? Maybe it will be commonplace, or regulated by FEMA someday. This team of physicists wanted to prove it could be done for just a single particle, for not even a full second, and even though yes, they were able to prove that it's possible, it's not likely at all through real life application.

As a former vegetarian, going meatless is usually pretty easy for me. My main meal most days consists of a big broccoli slaw salad with avocado in it, which is incredibly filling and often satisfies enough for two meals. It gets old and isn't my favorite but it gets the job done while meeting nutritional needs. Most Americans get too much protein rather than too little, so most of us can skip the protein, or use a meat-free alternative, every now and then.

My heart dropped into my gut when I read about these beluga whales and orcas being held in "whale jails" off the Pacific Coast of Russia. It might be illegal, is currently being investigated by prosecutors and has only been captured by drone footage. We don't know why the 100+ animals are being contained this way but it's likely that they'll be sold to marine theme parks in China. Apparently the company had permission to capture 13 animals for educational purposes but they've obviously lied and gone well above and beyond that number.

Ecologist and renowned poetry master William Stanley Merwin passed away on March 15. He was 91 years old. The Pulitzer prize-winning poet was a true lover of nature who enjoyed truly seeing things up close and literally stopping to smell the roses, something that too few of us do today. In fact, I'd say it's something of a dying art.

Bone broth used to be so simple and cheap to make. There were butchers who readily gave away bones to people who wanted to use them to make broth or even give to pets (note: always check first because many bones, particularly chicken bones, are not safe for dogs!), but now that bone broth is such a trend with so many potential health benefits, it doesn't come as cheaply. The best way is really to just buy your meat bone-in and then make your own broth when with your bones when you de-bone if you want to save money.

More and more people seem to enjoy the idea of feeding their pets a vegan diet and I'm here to tell you that if you want to have a vegan pet, get a bunny. Buns are adorable, funny and will enjoy a vegan diet every day. So will chinchillas, guinea pigs, hamsters... you get the idea. If the idea of eating meat, even when it's your pet doing it and not you, is off-putting, then do not adopt a carnivore. It's completely unfair to that pet. How would you like it if some alien ape-like species adopted you and only fed you raw steak because that's what they ate?

When I got the notification saying that Caraval was in at the library after being on hold for weeks, I was quite excited. I'd heard great things about Stephanie Garber's book, especially from fans of The Night Circus who had said that it had a similar feeling to it, and I couldn't wait to dive in. 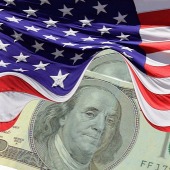 Trump may be doing "victory laps" for now, but his numerous investigations are not over. For instance, the Southern District of NY currently has ongoing investigations into the Trump family and their business practices. State level crimes can not be pardeoned by the Federal Government, so this could be very promblematic for the office of the President down the line. There are still so many unanswered questions about "Trump University" (which Trump had to pay a 25 MILLION dollar settlement), his charity shifting funds to for profit ventures , and others. It is back to "reality", now. 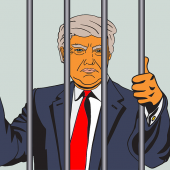 While we, and presumably Donald Trump himself, can only speculate what is in the Muller report, his Attorney General made a rash decision to release HIS thoughts on the report, but not the report itself. Nearly half of American polled indicated they think Trump obstructed the Russian probe. While we wait for the full report to be released, to fully exonerate the President, it is important to keep in mind that Mueller and his team are not legally allowed to speak about the matter. That makes the conversation VERY ONE SIDED, dont you think? The full report should be released so everyone can make up their own minds. How about releasing those tax returns as well? 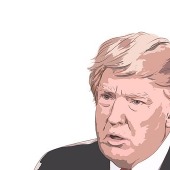 Who knew healthcare could be so complicated?

The Republicans and Donald Trump want to get rid of the Affordable Care Act, and replace it with something new. It is possible they do not want to replace it at all, and to let those who are poor or elderly die in the streets. Trump tweeted "The Republican Party will become “The Party of Healthcare!”", while hoping to gut protections for  tens of millions of Americans. In February, a Kaiser Family Foundation poll found 50% approval for the ACA, it has been more popular since OBama has left office.

Tethers Unlimited is a U.S. private aerospace company with its headquarters in Bothell, Washington. They carry out research and development of new products and technologies for space, sea, and air. TU was founded in 1994 to research and develop space tether technology. Applications of space tethers include removal of orbital debris and momentum exchange tethers for moving payloads to higher orbits.